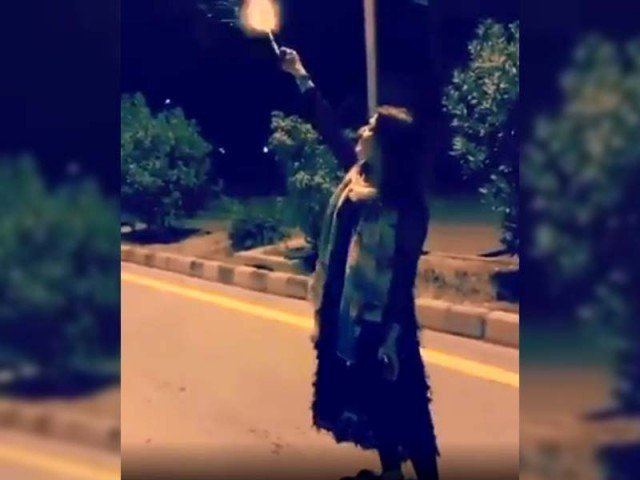 PESHAWAR: A woman caught on camera opening fire in the air in Peshawar has been granted pre-arrest bail.
The woman, identified as Saba Jafar, was booked in a case on Friday for shooting in the air in Peshawar. She stood on a road fired gunshots in the air.
The police had sought the public’s help to identify and soon confirmed that her name was Saba Jafar and that she lived in the posh locality of Hayatabad.
A case was registered against her at the Tartara police station in Hayatabad.
Judge Javeria Sartaj Khan, the additional sessions judge VII Peshawar, granted Jafar pre-arrest bail against two sureties of Rs80,000 each.
The woman is said to be quite active on social media and has hundreds of thousands of followers on TikTok.