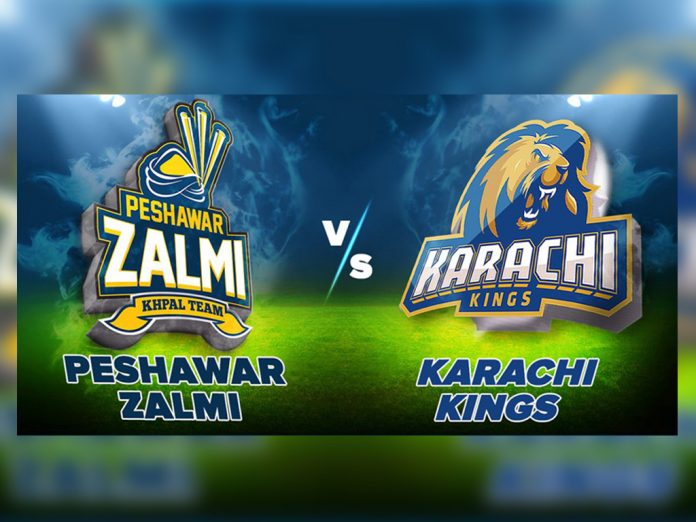 LAHORE: Peshawar Zalmi is all set to play second eliminator against Karachi Kings in Pakistan Super League (PSL) in Lahore.
The match will be started at 7:00pm at Gaddafi Stadium for which security has been tightened up.
Earlier, Peshawar Zalmi 157-10 (Dawson 62, Rahat 4-16) beat Quetta Gladiators 156-9 (Sarfraz 35, Gul 2-21) by 1 run in first eliminator of PSL 2018 here at Gaddafi Stadium, Lahore.
Dawson 29-ball-50 has guided Peshawar Zalmi to a respectable total of 157 runs against Quetta Gladiators in the first eliminator of Pakistan Super League (PSL) 2018 here at Gaddafi Stadium.
In pursuit of 158, Gladiators wobbled early as they lost Asad Shafique on the very first ball of their innings. Hassan Ali was the bowler who gave Zalmi early breakthrough.