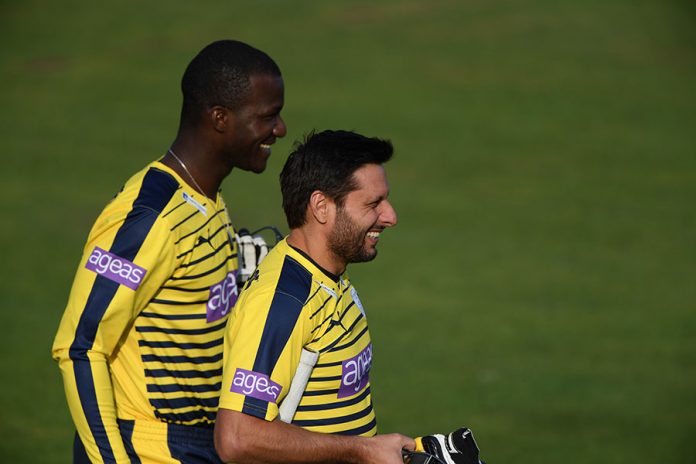 DUBAI: Five players of the Peshawar Zalmi franchise are willing to play final of the Pakistan Super League 2017 that is scheduled to be held in Lahore on Sunday.
Javed Afridi, owner of the franchise has said that five foreign cricketers would come to Pakistan if Peshawar Zalmi qualifies for the final, a day after all the foreign players of the Quetta Gladiators refused to come to Pakistan citing security concerns.
Gladiators have qualified for the final after defeating Misbah-led Islamabad United while Friday’s match between Karachi Kings and Zalmi would decide who will play the final against Quetta Gladiators.
Afridi said Dawid Malan, Marlon Samuels, Darren Sammy, Chris Jordan & Samit Patel have been issued Pakistani visa, adding that Peshawar Zalmi stands united with Pakistan and Pakistan Cricket.
Authorities in Punjab seem determined to hold the final of the second edition of the Pakistan Super League in Lahore despite security concerns.
The Pakistan army has also assured the provincial government that security would be provided for the match.
However, former cricket hero and Pakistan Tehreek-e-Isnaf chairman Imran Khan has opposed the idea of holding the final in Pakistan in the wake of deadly bombings that killed over hundred people and injured many others in Khyber Pakhtunkhwa, Punjab and Sindh last month.