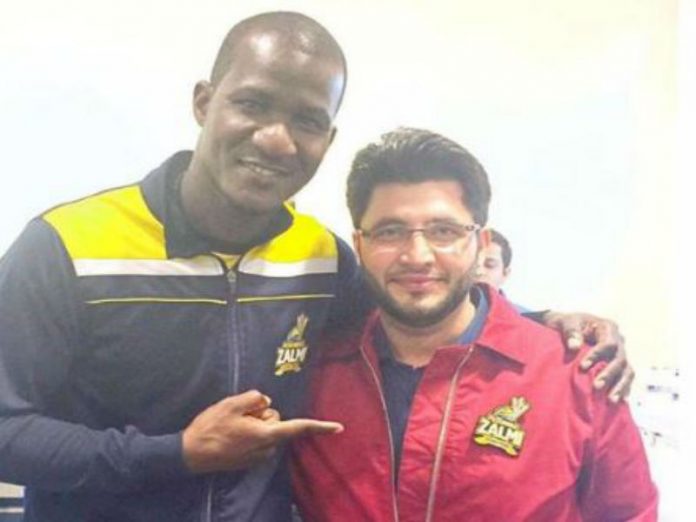 ISLAMABAD: The reigning champions of Pakistan Super League (PSL), Peshawar Zalmi has announced to retain West Indian Darren Sammy as captain of the team for the third edition of PSL.
The announcement was made by the owner of the team, Javed Afridi, in a meeting with the team management.
“We discussed various options and reached a conclusion that there’s no better choice than Darren Sammy to lead the side,” Afridi told a private news channel.
Darren Sammy took over captaincy from Shahid Afridi before the second edition of PSL and led the team to the PSL title in front of a jam-packed Ghaddafi Stadium in Lahore.
Afridi credited Sammy for playing an important role in bringing international cricket back to Pakistan by saying that the former West Indian player has played an important role in convincing other players to agree to tour Pakistan for PSL and for World XI matches.
“He has a major role in Peshawar Zalmi as well, on and off the field. He has been a great source of motivation for all the players,” Afridi added.
Sammy is the only captain to have won World T20 twice. He captained West Indies to the 2012 ICC World Twenty20 victory against Sri Lanka, which was the first major trophy for West Indies in 8 years. He again captained West Indies to victory in the 2016 ICC World Twenty20 against England. – APP