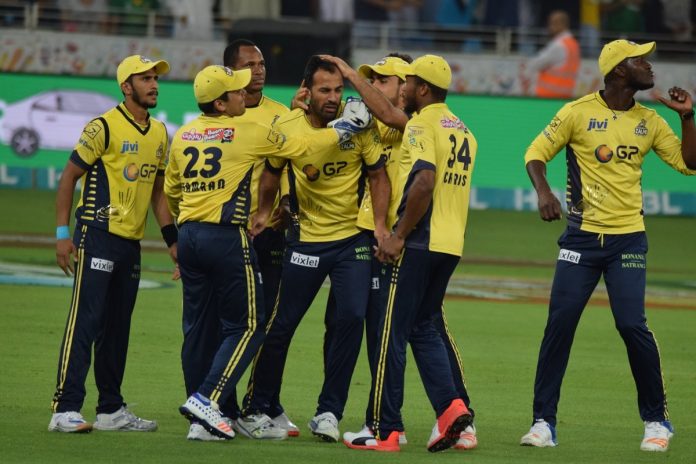 LAHORE: All the foreign players of Peshawar Zalmi have expressed will to visit Pakistan for playoffs and final of Pakistan Super League (PSL).
Players of Karachi Kings except Eoin Morgan have also packed theirs to go Pakistan. Jean-Paul Duminy, Luke Ronchi and Samit Patel from Islamabad United will also come to Pakistan.
However, several international cricketers of Quetta Gladiators have refused to visit Pakistan due to security threats.
On the other hand, the arrangements for playoffs in Lahore are underway as cleaning of Gadaffi Stadium has been started. New CCTV cameras have also been replaced with the old ones.
Entrance of any irrelevant person is strictly prohibited in the stadium while the pitch has been made perfect for the game. The spectators will have special facilities inside the stadium during the match.
The playoff matches will be played in Lahore on March 20 and 21 while the final will be held in Karachi on March 25.
Earlier, Usman Khan Shinwari and Shahid Afridi helped Karachi Kings to register an easy seven-wicket win over Islamabad United in Sharjah to secure a place in the Pakistan Super League 2018 playoffs.
Peshawar Zalmi had also won their last group match against Lahore Qalandars to qualify for playoffs with Kamran Akmal leading the former to victory with an unbeaten ton.
Zalmi were put to field first today in Sharjah after Qalandars won the toss and opted to bat.