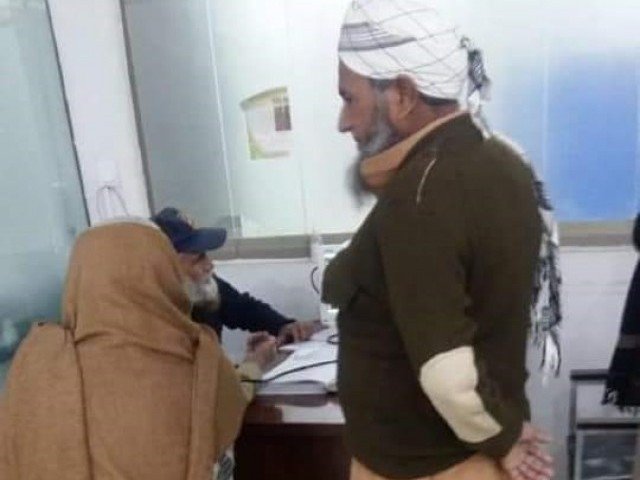 PESHAWAR: Two senior doctors at the Khyber Teaching Hospital were fired following an inquiry report into an incident wherein security guards were allowed to perform check-ups on patients.
According to the notification issued subsequent to the inquiry report, the doctors whose services were terminated included Dr Inayat and Dr Ilyas. Both have now been referred to the Department of Health.
In addition, three nurses and a line manager were issued warnings for “negligence” during their duty.
The matter had shot to prominence after an image of the security guards performing check-ups on patients went viral on social media, resulting in officials to order an inquiry into the matter.
The director had taken notice of the incident after a photo of the guard interacting with patients went viral on social media and constituted an inquiry committee to remove those responsible.
The notification asked the chairman and another senior hospital administrator to “submit recommendation why the above officials should not be terminated for incompetence”.
The director asked for the committee to consider termination of one senior medical officer, two service line managers and three nurses who should have been present at the time.
“The services of the following are hereby charge sheeted on account of allowing a security guard to examine the patients, with immediate effect”
The inquiry committee has been asked to submit a report within three days.