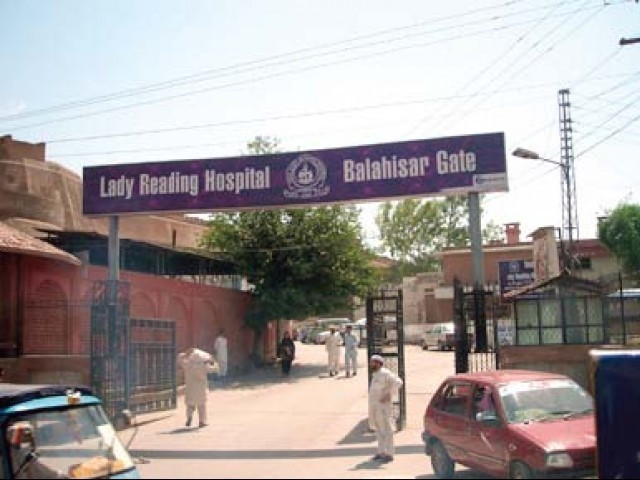 PESHAWAR: The out-patient department (OPD) of Peshawar’s Lady Reading Hospital was opened for patients on Monday as the Khyber Pakhtunkhwa (KP) government invites protesting doctors for talks.
Despite the passage of six days, doctors in the province continued the boycott of OPDs at government-run hospitals. But the provincial government threw an olive branch to the protesting doctors by inviting senior doctors, part of the Young Doctors’ Association (YDA), for dialogues.
Doctors, however, say they were yet to receive any such invitation.
KP Information Minister Shaukat Ali Yousafzai confirmed senior doctors were invited for dialogue on Monday.
He also maintained the government was in regular contact with the K-P doctors’ association
He said senior doctors who had shown their eagerness to hold talks with the government and resolve the issue were invited. The provincial minister hoped the meeting would help address all outstanding issued on both sides.
Yousafzai hoped after meeting with K-P Chief Minister Mahmood Khan, all grievances of the doctors would be addressed.
The issue came to a head on May 14 when during a high-level meeting, Khyber Teaching Hospital (KTH) Surgery Assistant Professor Dr Ziauddin Afridi clashed with Lady Reading Hospital Board of Governors Chairman Dr Nawsherwan Burki after the latter to refused to hear the former.
Dr Afridi then allegedly hurled some eggs at Dr Burki and a scuffle ensued. Later, the K-P Health Minister Dr Hisham Inamullah Khan and some of his guards allegedly cornered Dr Afridi in the KTH corridor and beat him up. It prompted a protest by the doctors against the high-handedness of the provincial minister and sought Dr Hisham and Dr Burki’s resignation.
Subsequently, doctors boycotted their duties at the OPDs of hospitals across the province.