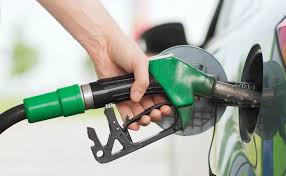 ISLAMABAD: Petrol may become more expensive again by Rs7 per litre and high speed diesel (HSD) by Rs10 per litre from October 16.

“We have worked out this huge increase in the price of both products keeping the first 10 days in view. The data shows that the prices of refined products have gone up from $79 to $91 per barrel from October 1,” sources in the industrial sector told.

Usually, the POL prices are worked out based on 13 days worth of data, and in the next three days, the bullish trend in oil prices will continue.

It all, however, depends on how much subsidy the government picks this time to pass a reasonable increase in petrol and diesel prices against the expected huge hike.

So far, the government, in the last two fortnights, has approved an increase in the price of petrol of Rs9 per litre and high speed diesel of Rs7.01 per litre from September 16.

This would be the third consecutive hike in POL prices if the government further increases the POL prices from October 16 as has been worked out.

The prices of POL products are fixed by the government fortnightly on the basis of recommendations by the Oil and Gas Regulatory Authority (Ogra). The perpetual devaluation of the Pakistani rupee against the US dollar is also causing the surge in POL products in the country.