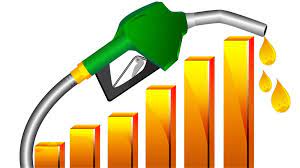 KARACHI: The price of petrol is expected to reach an all-time high of Rs150 per lite, sources in oil marketing companies said Thursday, amid a hike in the rates of crude oil in the international market.

The government is expected to move up the price of petroleum products by Rs6 per litre, sources said, adding that the rate of petrol would rise by Rs5 per litre and diesel by Rs6 per litre. The Ministry of Finance will make a final decision in this regard after consultations with Prime Minister Imran Khan and the new prices will be effective from January 16.

The federal government, on the eve of the New Year, had announced yet another hike in the prices of petroleum products.

The increase had been announced to meet the petroleum levy target agreed with the International Monetary Fund (IMF).