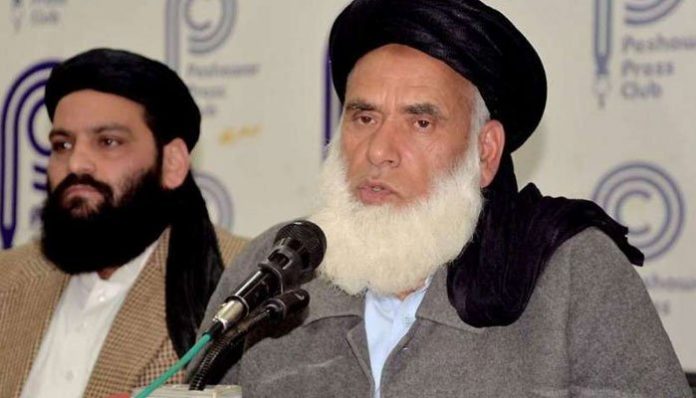 ABBOTTABAD: The Peshawar High Court’s (PHC) Abbottabad bench on Wednesday adjourned the hearing of the bail petition filed by Jamiat Ulema-e-Islam Fazl (JUI-F) leader Mufti Kifayatullah after the deputy commissioner sought time to file a reply.
The PHC’s Abbottabad bench resumed hearing of the petition filed by the JUI-F firebrand and cleric Mufti Kifayatullah. During the hearing, the deputy commissioner has sought time from the high court to submit his reply till Thursday (tomorrow).
After accepting his plea, the high court has strictly directed him to file reply in the case on Thursday and adjourned the hearing till tomorrow.
Earlier, Jamiat e Ulema Islam-Fazl (JUIF) leader Mufti Kifayatullah’s arrest challenged in the court of law on October 29.