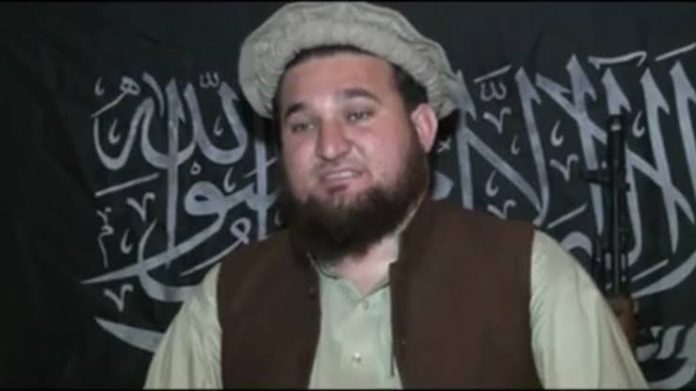 PESHAWAR: Parents and family members of the children who were martyred in the terrorist attack targeting Peshawar’s Army Public School filed a petition with the Peshawar High Court on Saturday, seeking contempt of court proceedings against multiple government officials following reports of former TTP spokesman Ehsanullah Ehsan’s escape from custody.
The petition, submitted by Shuhada APS Forum President Fazal Khan Advocate, said that the respondents, which include the army chief, the director general of the ISI, as well as the federal and provincial secretaries, had violated earlier orders of the PHC barring authorities from releasing Ehsan.

Also read: Sources confirm Ehsanullah Ehsan escaped during anti-terror operation
“Despite clear cut directions of this honourable court, now it has come to light that a luxurious home was provided to Ehsan from which the terrorist has made his escape: a fact not denied by the respondents,” reads the petition.
“The petitioner has been informed through reliable sources that clemency was in order of Ehsanullah Ehsan for his ‘full and frank disclosure’ which is not only highly deplorable but also outrightly illegal and unconstitutional,” the writ petition says, adding that the respondents had earlier assured the court that Ehsan would be tried by a military court and would not be granted clemency.
The Peshawar High Court had in April 2018 barred the release of Ehsan, asking the government to wait until the relevant court tries him to decide his fate. The restriction on his release came as the court heard a petition, also by the APS Shuhuda Forum, challenging an alleged government plan to grant clemency to Ehsan.
In its order, the bench had observed that if the TTP’s former spokesman had claimed responsibility for the 2014 APS attack, then only parents of the martyred students were empowered to pardon him under the law.
In the petition filed today, APS parents claim that the respondents had not taken any steps to bring Ehsan to justice even though he had confessed to the massacre at APS along with several other heinous crimes.