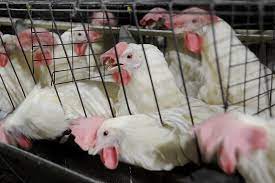 PESHAWAR: The Peshawar High Court on Tuesday directed the deputy commissioners of the merged tribal districts to stop the transportation of poultry products to Afghanistan in their respective districts and submit their reports to the court.

A bench consisting of Chief Justice Qaiser Rashid Khan and Justice Syed Arshad Ali declared that the provincial food secretary should the focal person for the exercise to be supervised by the chief secretary.

It ordered the deputy commissioners to continue “stopping the transportation of poultry products to Afghanistan until such time that prices are normalised here”, and adjourned the hearing into a case on the matter until June 10.

The bench took exception to the increasing chicken prices and wondered how a product could be exported when the locals were unable to afford it due to shortages.

It observed that ‘mafias’ had been operating in the country as first, the sugar and flour scandals surfaced and later, the poultry one rocked the province.

The bench wondered whether the federal and provincial governments were helpless in front of those ‘mafias’.

It issued orders and observations during the hearing into a petition filed by resident Malik Sheharyar last year regarding dairy products, including milk adulteration.