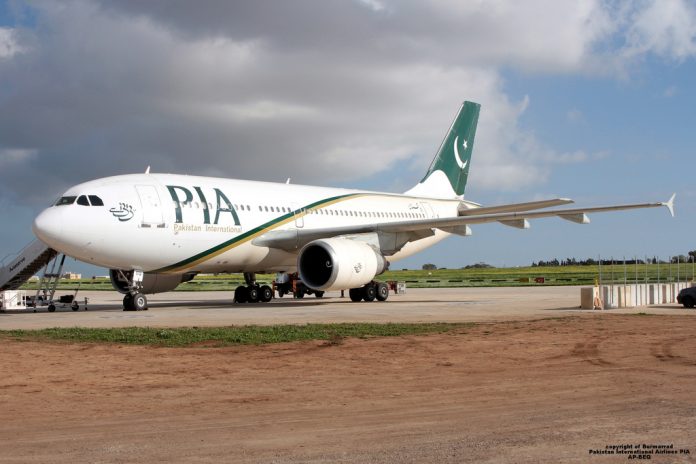 PESHAWAR: A plane of Pakistan International Airline (PIA) made an emergency landing at the Peshawar airport after the captain received information about a bomb on the flight.
According to details, PK-305, a Peshawar-bound domestic flight, took off from Karachi when the captain received an inkling about the explosives in the cargo area of the plane.
Before steering for an emergency landing, the flight’s captain apprised the control tower of the situation.
The bomb disposal squad searched the plane which was parked away from the runway, while the passengers were offloaded safely following its emergency landing.
Flight PK-325 was given the go-ahead to head toward Peshawar from Karachi after it was thoroughly searched on fake news of a possible on-board bomb.
At first, flight’s captain was alarmed of the possibility of a bomb. Consequently, the captain did an emergency landing on Peshawar Airport and apprised the control room of the situation.
All the passengers were taken out and the plane was abruptly vacated by the Security officials cordoned.
Bomb disposal squad searched the plane and later gave clearance after not finding a trace of any explosives.