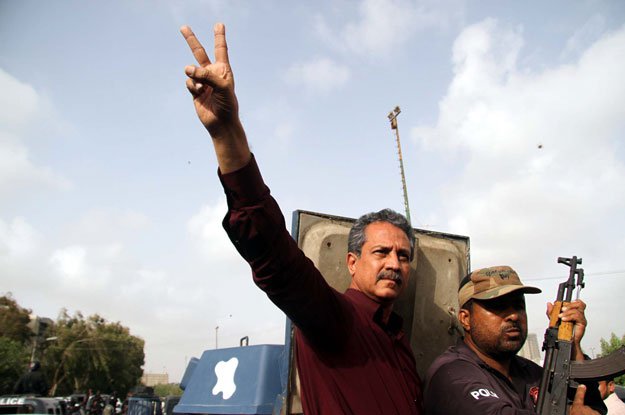 KARACHI: Sindh High Court on Tuesday rejected an application filed by Pakistan Tehreek-e-Insaf (PIT) local leader Faisal Vawda seeking disqualification of newly elected Karachi Mayor Wasim Akhtar.
According to reports, SHC took up the plea today but rejected it after hearing on the grounds that none can be barred from contesting election mere basis of charges.
Speaking to media outside the court afterwards, Vawda lamented the court’s decision and vowed to continue his efforts.
“It’s misfortune that even a president and prime minister comes from jail to rule this country, and now the mayor is from jail who is facing many charges,” he said.
“All this is aimed at diverting focus from investigation of Panama Leaks but I will not back down and pursue my efforts aggressively for accountability and elimination of corruption,” he affirmed.
“I’m playing my part and will go to any extent,” he said, and criticized the government for nexus with MQM.
“Where is the government? It’s missing. The rulers should stop those who are involved in treason and attempting to break Pakistan.
About recent firing on his vehicle, the PTI leader said he has asked police to provide CCTV video of the crime scene, saying that he will get FIR lodged soon