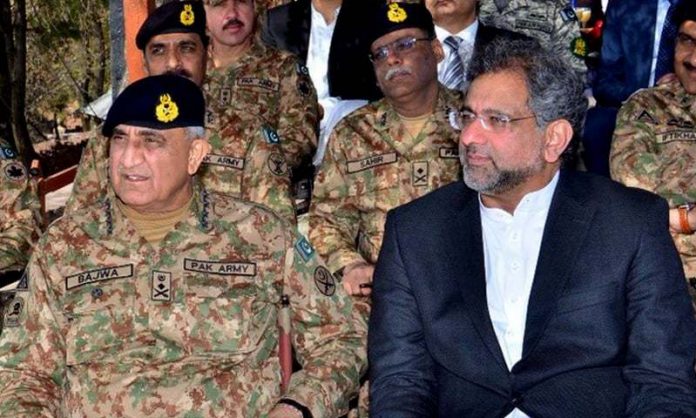 KARACHI: Prime Minister Shahid Khaqan Abbasi has decided to watch the final of Pakistan Super League at National Stadium in Karachi.
The defending champions Peshawar Zalmi will clash with the 2016 title holder Islamabad United in the final at National Stadium on Sunday.
The prime minister is expected to arrive in the country’s commercial capital tomorrow on an invitation from Sindh Chief Minister Syed Murad Ali Shah.
Chief of the Army Staff General Qamar Javed Bajwa has also been invited to watch the match in the stadium.
Karachi is hosting the first major game involving foreign cricket stars after a long gap of nine years. The last international match was played in Karachi in February 2009, a few days before visiting Sri Lankan team was attacked in Lahore.