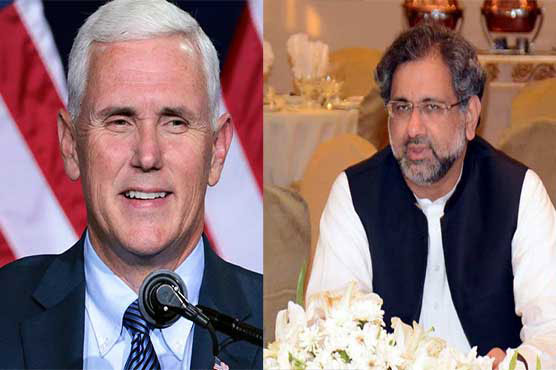 WASHINGTON: Prime Minister Shahid Khaqan Abbasi held a meeting with US Vice President Mike Pence in Washington on Friday.
PM Abbasi is currently on a private visit to United States. Both the leaders discussed to find more ways to enhance bilateral cooperation between the two countries during the meeting.
Pakistan and the US are eager to “stay engaged” and carry forward the relationship that has been under strain after President Donald Trump warned Islamabad against providing safe havens to terrorists.
Earlier, Pakistan embassy in Washington hosted a luncheon in honour of Prime Minister Shahid Khaqan Abbasi.