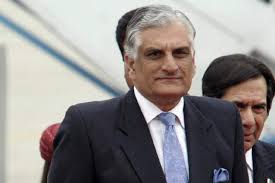 ISLAMABAD: Minister for Law and Justice Zahid Hamid has said that Prime Minister Nawaz Sharif has approved the introduction of Tribal Areas Rewaj Bill, which has been finalized in line with the wishes of the people of FATA.
In a statement, the minister said the proposed law would give full protection to the traditions of the tribal people as well as bring them in the national mainstream by introducing normal system.
He said proper judicial system would be introduced wherein the role of tribal jirga has been duly legalized.
Zahid Hamid said another important recommendation was allocation of three percent of the federal divisible pool on annual basis for FATA for ten years in addition to existing Public Sector Development Program allocation of twenty-one billion rupees.