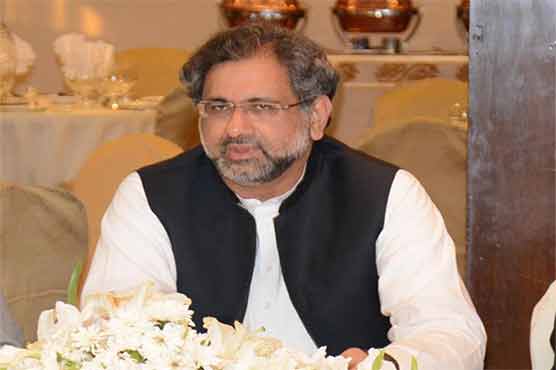 ISLAMABAD: Prime Minister Shahid Khaqan Abbasi Friday directed the minister for law and justice to fast track legislative and administrative measures for mainstreaming of FATA so that the people of tribal areas could have access to the fundamental rights at par with the people in rest of the country.
He said this while chairing a high-level meeting of National Committee on the Implementation of FATA Reforms.
Other members of committee who attended the meeting included Chief of the Army Staff General Qamar Javed Bajwa, Governor Khyber Pakhtunkhwa Iqbal Zafar Jhagra, Chief Minister Khyber Pakhtunkhwa Parvez Khattak, Minister for SAFRON Lt Gen (R) Abdul Qadir Baloch, Minister for Law and Justice Zahid Hamid, Deputy Chairman Planning Commission Sartaj Aziz and senior civil and military officials.
The committee noted with satisfaction the positive response in the Parliament and tribal areas over the FATA reforms package which was approved by the Cabinet on March 2.
The committee took many decisions to expedite the process of its implementation.
The committee approved the fast-track recruitment of police and re-deployment of some of the frontier constabulary, after training, to perform police functions.
It was also decided to put in place an appropriate administrative mechanism and to create a position of chief operating officer during the transition period.
Chief of Army Staff General Qamar Javed Bajwa briefed the committee on the successes achieved in establishing writ of the state throughout FATA and on the steps taken to strengthen security, border infrastructure and the development efforts during the last few years.
The prime minister in his remarks reiterated that the basic purpose of these reforms was to improve the living standard of FATA people who had suffered enormously due to a long war, insurgency and widespread displacement in the past three decades.