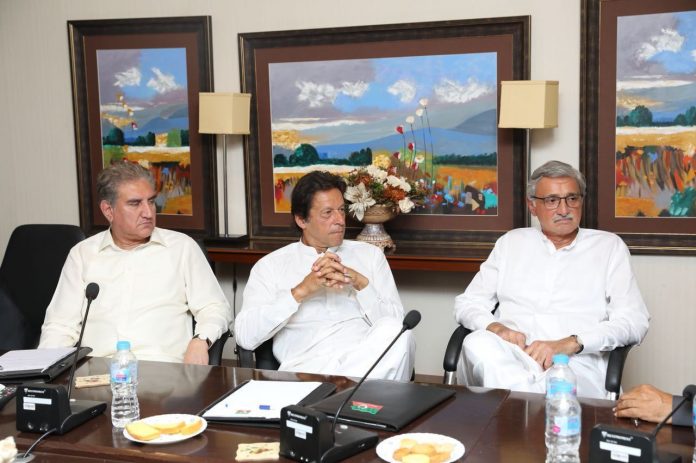 ISLAMABAD: Prime Minister Imran Khan met senior Pakistan Tehreek-e-Insaf (PTI) leader Jahangir Tareen and Foreign Minister Shah Mehmood Qureshi in separate meetings and asked them to diffuse the tension between them.
According to media reports, the prime minister met with Tareen and Qureshi two days ago and instructed them to dispel the air of tension between them.
Reports further said that during the meeting, matters of federal and the Punjab and Khyber Pakhtunkhwa governments were also discussed, with the prime minister also discussing matters of the provincial cabinets with the two PTI leaders.
Changes can be expected in the Khyber Pakhtunkhwa cabinet in the coming days after a major reshuffle in the federal cabinet, reports added.
The two political heavyweights have been critical of each other in the past.
Last month, Qureshi criticised Tareen for attending government and PTI meetings and said it gave the opposition something to talk about. The foreign minister told reporters Tareen had been disqualified by the Supreme Court and barred from contesting elections and his attending meetings opened the door for criticism by PTI opponents.
The prime minister has been quoted as saying that he himself gave Tareen an assignment on the agricultural policy, and that it was up to him to decide who would attend the meetings.