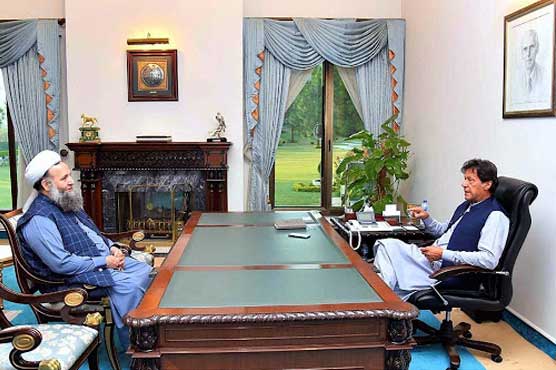 ISLAMABAD: Prime Minister Imran Khan on Friday directed Federal Minister for Religious Affairs Noorul Haq Qadri for devising a safety plan against coronavirus during the month of Ramazan after holding consultations with Ulema.
The federal minister for religious affairs who called on the prime minister on Friday and discussed details of scheduled meeting of President Arif Alvi with religious scholars being held tomorrow
Matters related to the meeting of Media Strategy Committee also came under discussion during the meeting.
The prime minister is also due to hold a meeting with Ulema next week.