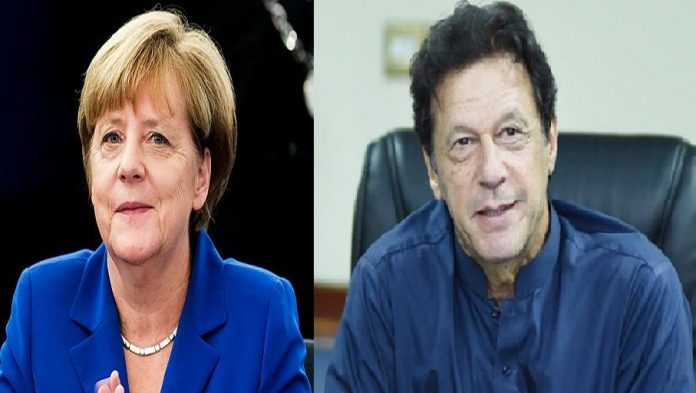 ISLAMABAD: Prime Minister Imran Khan on Tuesday underscored that ability of the developing countries to cope with the COVID-19 challenge would depend on providing urgent debt relief, at their request, and without onerous conditions.
He expressed these views during his telephonic conversation with German Chancellor Angela Merkel.
During the call, which was follow-up for a “Global Initiative on Debt Relief”, the prime minister emphasized that COVID-19 had unfolded an unprecedented global health and economic crisis, where developing countries would be hit harder due to lack of fiscal space and debt servicing.
The people in the developing world faced a starker choice: death by COVID-19 or by hunger, he added.
The prime minister hoped that alongside the UN Secretary General, countries like Germany would provide leadership to the issue, in the forthcoming G-20 Finance Ministers Meeting as well as Spring Meetings of the IMF and the World Bank.