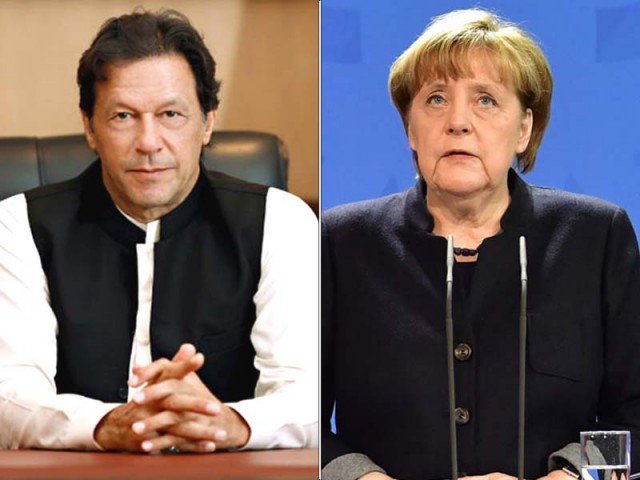 ISLAMABAD: Prime Minister Imran Khan on Friday spoke with German Chancellor Dr Angela Merkel and discussed India’s illegal and unilateral actions aimed at altering the disputed status of occupied Kashmir and changing its demographic structure.
During the telephone conversation, Prime Minister Imran Khan informed Chancellor Merkel that India’s actions were in direct contravention of United Nations Security Council (UNSC) resolutions, international laws and its own solemn commitments, said a press release from the PM Office.
“The Prime Minister highlighted the dire human rights situation in the Indian occupied Jammu and Kashmir, including complete lockdown, blackout on all forms of communication and severe shortage of food and medicines. He stressed that intensified Indian repression could result in massive loss of Kashmiri lives, which must be prevented at all costs,” it added.
Prime Minister Imran Khan also informed Merkel about concerns over some false flag operation staged by India or some other ill-conceived step at the Line of Control (LoC) to divert the world’s attention.
“The Prime Minister emphasized that India’s actions had serious implications for peace and security in the region and the international community had the responsibility to act urgently,” said the press release.
Chancellor Merkel stated that Germany was closely observing the situation. She underlined the importance of de-escalation of tensions and the resolution of issues peacefully.
The two leaders agreed to continue to work together for peace and stability in the region.