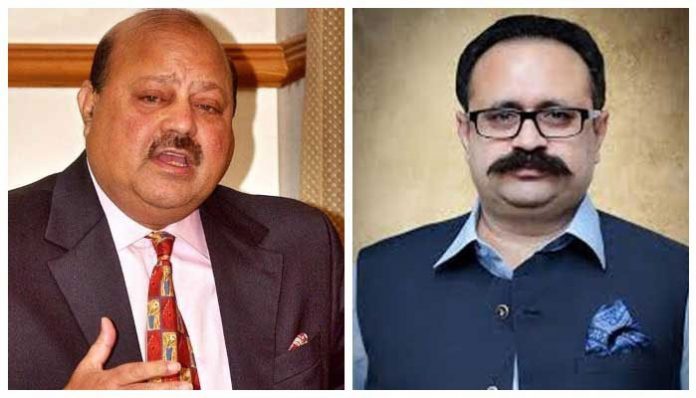 ISLAMABAD: Prime Minister Imran Khan has taken interviews of the elected members of the Azad Jammu Kashmir Legislative Assembly for the prized post of prime minister.

Questions about the candidates’ vision for tourism, hydropower, minerals, health, education and development works were asked by the premier. All four candidates shared their priorities for Azad Kashmir.

PTI AJK President Barrister Sultan Mahmood told the media that there was no number game and “everyone was united”. Billionaire real estate tycoon Sardar Tanveer Ilyas Khan said that consultation is underway in the party on special seats. A decision for speaker, deputy speaker and other posts is yet to be made, he said.

Who are the candidates?

Barrister Mahmood has won the AJK Legislative Assembly seat from his parent Mirpur LA-3 constituency by defeating his nearest rival Ch Muhammad Saeed of PML-N by 3,147 votes, while Sardar Tanveer emerged victorious from his Bagh constituency.

Mahmood has been elected to the AJKLA eight times and had also been the prime minister when he was associated with the PPP. He joined the PTI in 2015 when he was a PPP member of the AJKLA.

Sardar Tanveer is a newcomer to the PTI and owns a famous multi-storey residential and shopping complex in the federal capital. He is currently serving as the special assistant to the Punjab chief minister.

He actually belongs to Rawalakot but opted for the Bagh seat as a large number of members of his caste live there.