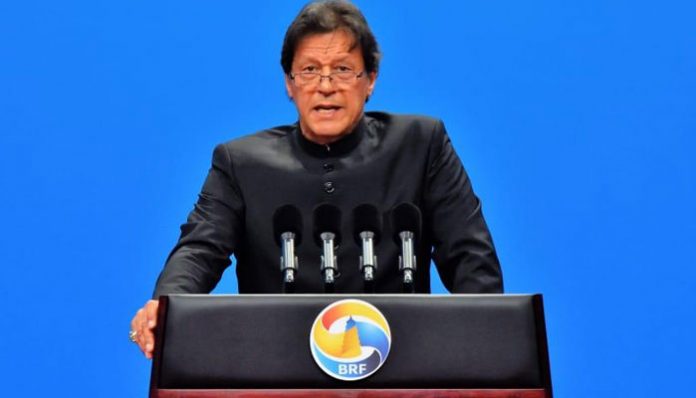 BEIJING: Pakistan Prime Minister Imran Khan Friday made five suggestions for progress in his address to the second Belt and Road Forum in Beijing.
The premier said we must undertake joint efforts to mitigate the adverse impact of climate change, establish BRI tourism corridors to promote people to people and inter cultural understanding, anti-corruption office, poverty alleviation fund and concerted efforts to further liberalize trade and investment flows encouraging the private sector and businesses to collaborate in projects.
Imran Khan said Pakistan-China friendship is invincible in every challenge and both countries are cooperating with each other in various sectors.
Imran Khan added that the China-Pakistan Economic Corridor (CPEC) is moving towards its next phase. The Belt and Road Forum helped Pakistan to reduce its power crisis and Gwadar is turning into a commercial hub, he said.
The premier affirmed that Islamabad is providing attractive opportunities to the investors, and told that his government planted five billion trees in Khyber Pakhtunkhwa (KP).
Imran Khan said Pakistan is the first partner of China in this mega project, and thanked Beijing for its unconditional support of Islamabad.
A meeting between Imran Khan and Chief Executive Officer of World Bank Kristalina Georgieva was held afterwards.
The premier had reached China on Thursday (yesterday) on a four-day official visit to attend the second Belt and Road Forum in Beijing.
On the sidelines of the Forum, Imran Khan will attend the Leaders Roundtable to be participated by leaders from around thirty-eight countries and will speak in its first session.
He will also hold meetings with several heads of state and government, including President Xi Jinping and Premier Li Keqiang, and corporate and business leaders.
Pakistan and China will also sign several Memoranda of Understanding and agreements to enhance bilateral cooperation in diverse areas.
Following the Forum, the prime minister will address a Pakistan Business and Investment Forum on Sunday which will be attended by prominent Pakistani and Chinese businessmen.
The prime minister will also participate in Beijing International Horticultural Exhibition along with President Xi Jinping and other world leaders.