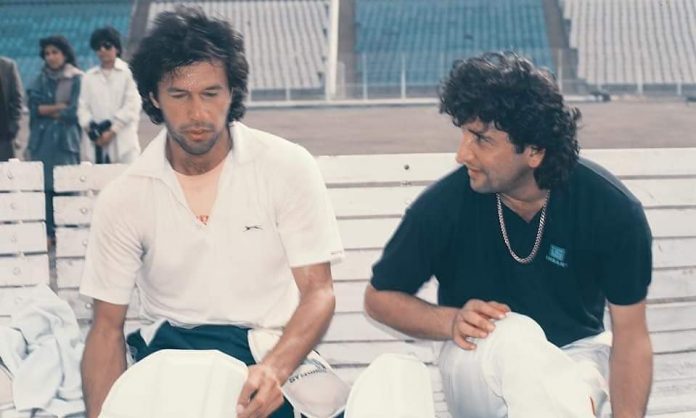 ISLAMABAD: Prime Minister Imran Khan on Saturday expressed grief over the demise of legendary leg spinner Abdul Qadir who died of a cardiac arrest last night.
The prime minister offered condolence to the aggrieved family and paid tribute to Abdul Qadir who he said was genius and one of the greatest leg spinners of all time.
“Deeply saddened to hear of Abdul Qadir’s passing. My prayers & condolences go to the family,” the prime minister tweeted.
“He was also the life of the dressing room entertaining the team with his wit & humour,” he said.
The prime minister said Qadir’s bowling statistics do not do justice to his genius.
“Had he been playing cricket now with the modern DRS system, where batsmen can be given out on the front foot as well, Qadir would have gotten as many wickets as the great Shane Warne,” the former cricket hero said.
Known as the dancing bowler due to his peculiar bowling style, Abdul Qadir played his first Test against England at Lahore on Dec 14, 1977 and first ODI against New Zealand at Birmingham on Jun 11, 1983.
The man who revived the art of legspin bowling and an integral part of Pakistan’s most successful sides in the 1980s and a valuable mentor to Shane Warne and Mushtaq Ahmed among others, left for eternity nine days short of his next birthday.