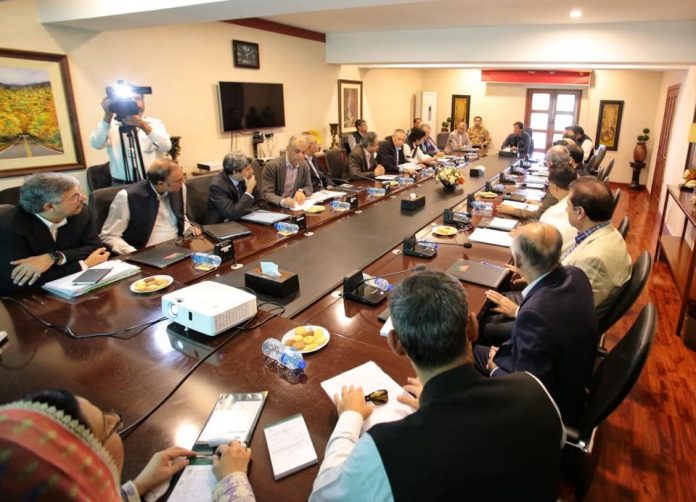 ISLAMABAD: Prime Minister Imran Khan has expressed the government’s commitment to provide all out facilities to domestic as well as foreign investors.
He was chairing a meeting of government’s economic team in Islamabad on Saturday.
The Prime Minister while appreciating the performance of relevant departments and officials in improvement of Pakistan’s ranking in Ease of Doing Business said this is a huge achievement for the country.
He expressed satisfaction that economic indicators are on positive trajectory with value of rupee stabilizing and stock market indicators moving upward.
The Prime Minister said continuous meetings are aimed at giving the impetus to the wheel of economy.
He said now the mission of economic team should be on promotion of construction and small business sectors in order to generate employment opportunities and to run the economy on fast track.
Imran Khan also directed to provide facilitation to overseas Pakistanis in their remittances.
Earlier, the State Bank of Pakistan briefed the meeting that 46,940 cases are pending in Banking Courts and for their disposal laws need amendments.
The meeting was apprised that a Board of Directors comprising vibrant and expert persons is being constituted for SMEDA.
The CEO of SMEDA will be appointed by December and a three year strategy will be approved.