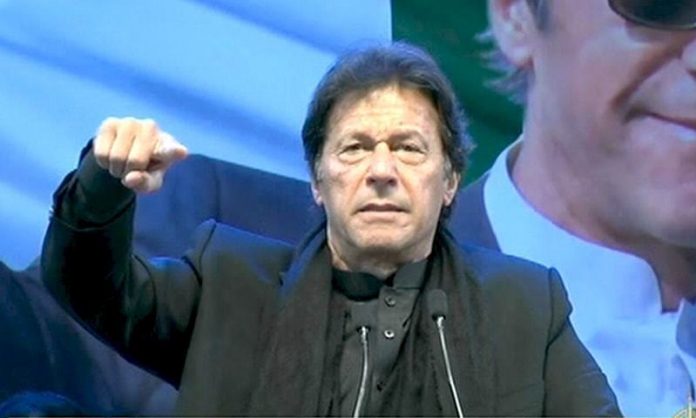 SUKKUR: Prime Minister Imran Khan will land at Sukkur Airport on Saturday to address a public gathering in Ghotki in northern Sindh.
The prime minister will proceed to Khangarh today on the invitation of Mahar tribe chieftain Ali Gohar Khan and will attend a luncheon in his honour.
All arrangements have been completed for a public gathering with a seating arrangement of 5000 people at the Mahar House, to be addressed by the prime minister.
PM Khan will also hold two separate meetings with the leaders of Pakistan Tehreek-e-Insaf (PTI) Sindh and party’s ally in the province Grand Democratic Alliance (GDA) after his address to the public meeting.
He will discuss the political situation in Sindh in meetings with his party leaders and political partners.
Security has been stepped up in Sukkur and Ghotki due to the prime minister’s engagements.
The bomb disposal squad and the law enforcement agencies have been ordered on high alert at Sukkur airport and Ghotki during the prime minister’s presence.
Secretary General PTI Arshad Daad and the party’s Sindh President Haleem Adil Shaikh have been Sukkur ahead of the arrival of Prime Minister Imran Khan in Ghotki.