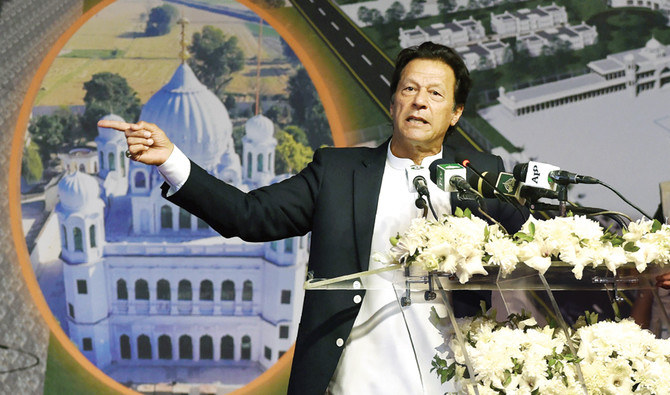 ISLAMABAD: Prime Minister Imran Khan on Nov. 9 – three days before the 550th birth anniversary Baba Guru Nanak to be celebrated on Nov. 12 – will inaugurate the historic Kartarpur Corridor, the first visa-free corridor between Pakistan and India since their independence in 1947.
In a short span of one year, Pakistan has completed the construction, signed an agreement with India after tough negotiations and gifted the Kartarpur Corridor to Sikh community for promoting religious harmony.
Meanwhile, thousands of intending Sikh pilgrims are on their way to visit Baba Guru Nanak’s shrine – one of Sikhism’s holiest sites in Pakistan where Guru Nanak, the founder of Sikhism, who died in the 16th Century.
Without a visa, Sikh pilgrims are expected to visit the shrine on the 550th Birth Anniversary of the founder of Sikhism in early November. The corridor leads from the border straight to the Gurdwara.
While Sikh pilgrims do not need a visa for Pakistan; however they are required to obtain a permit before their departure.
The Sikh minority in India has long sought easier access to the temple, which is just over the border in Pakistan.
The shrine is about 4 km (2-1/2 miles) from the border. The crossing and corridor – including a road, bridge over the Ravi River and immigration office – will replace a drawn-out visa process and circuitous journey through Pakistan.