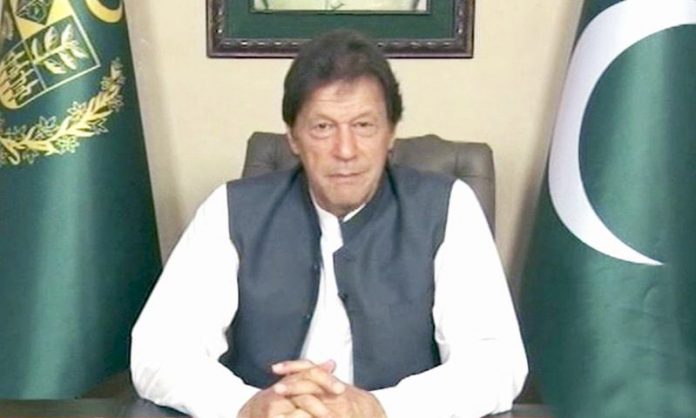 ISLAMABAD: Prime Minister Imran Khan has said that he is so proud of the people in the way they came out today in solidarity with the Kashmiris – letting them know our nation stands resolutely with them as they confront the brutal, fascist Modi government’s annexation and ethnic cleansing agenda in Indian Occupied Jammu and Kashmir (IOJK).
In his message on Twitter on Friday, the prime minister said that the Pakistani nation has also let the world know about the Nazi-style takeover of India by the RSS-BJP’s Hindu Supremacist ideology and the danger it poses not only to the region but the world.
Earlier addressing the participants of ‘Kashmir Hour’ protest rally outside Prime Minister’s House on Friday, Prime Minister Imran Khan said India was planning a ‘false flag’ attack to escalate the situation in Indian Occupied Kashmir (IoK) but warned New Delhi that Pakistan would respond with a greater force if that happened.
He said that Pakistani nation is standing with the people of occupied Kashmir until its freedom from India.
“Today all of Pakistan, wherever there are Pakistanis, whether they are our school students, or shopkeepers or labourers, today all of us are standing with our Kashmiris,” the premier said. “Our Kashmiris are going through a very tough time,” he added.
The premier said that the ideology of the Rashtriya Swayamsevak Sangh (RSS) had taken over India, “the way the Nazi party had taken over Germany.”
“They think that Muslims should be taught a lesson, that they are not equal citizens,” he said, adding: “Today the whole world is seeing what is happening in Kashmir.”
Prime Minister Imran said he told all the leaders he spoke to that if the international community did not stand up to Indian Prime Minister Narendra Modi’s “fascist government” the effect would be felt in the whole world.
The premier said that if India planned to take any action in Azad Jammu and Kashmir, every brick will be countered with a stone. “Forget the media they did not [Indian] opposition leaders go to Srinagar.”
On the appeal of Prime Minister Imran Khan, Pakistanis came out to observe Kashmir Hour and gave strong message to the world that Pakistan stood in solidarity with Kashmiris.