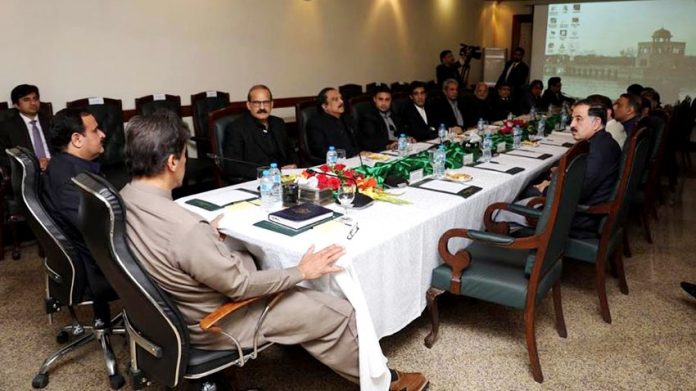 LAHORE: Prime Minister Imran Khan on Sunday directed Punjab Chief Minister Sardar Usman Buzdar to consider forming a judicial commission if it satisfied the affected families.
The prime minister directed the Punjab CM that the families of Sahiwal incident victims should be listened and if they satisfy on forming a judicial commission then it should be considered.
“The prime minister said that the appeal of the Khalil family should be heeded and action should be taken accordingly.”
The premier directed Buzdar to meet affected families of the Sahiwal incident and also directed the treatment of a cancer patient of the affected family.
Imran Khan also directed to monitor the behavior of police with the affected families.
On January 19, CTD officials had killed four people, including a couple and their teenage daughter in an alleged “encounter” in Sahiwal, triggering a national outcry that prompted the government to take the security officials into custody and order an investigation into the incident.
The officials claimed that the ‘terrorists’ were killed in an intelligence based operation (IBO). Three other terrorists including Shahid Jabar and Abdul Rahman managed to flee during the chase near the toll plaza of Sahiwal.
They also claimed of confiscating explosives and weapons from the car adding that officers were investigating into the matter as part of the operation in Faisalabad on January 16.
Contrarily, an eye witness has told the media that the deceased were neither equipped with any weapon nor resisted officers whereas three children were also present in the car.
The eyewitnesses further said that the children while speaking to them at a nearby petrol station claimed that the “police have killed their parents”.
“Following the firing incident, the police left the children at the petrol station where they spoke to us. A few minutes later, however, CTD officials returned and took the children with them to an undisclosed location,” the eyewitnesses added.