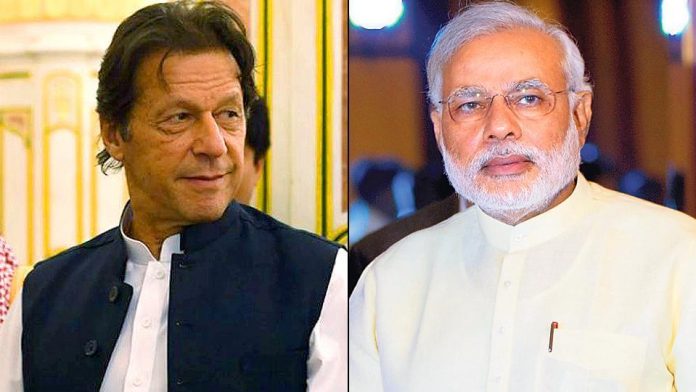 ISLAMABAD: Prime Minister Imran Khan on Friday once again extended an offer to his counterpart in neighbouring India, Narendra Modi, to resolve reconcilable problems.
In a letter to Modi congratulating him on his second term as the prime minister of India following general elections, Khan wrote that Pakistan desires the resolution of all problems, including that of the disputed Kashmir region.
The premier further added that talks between the two nations were the only solution to help both countries’ people overcome poverty and that it was important to work together for regional development.
Pakistan, Khan wrote, wished for peace in the South Asian region and that that, alongside stability, were required for the states as well as the region to move forward.
Modi had assumed prime ministership of India for the second time on May 30.
It was revealed that he held dialogue as the only probably solution to bring stability into the region which requires efforts from both ends.
PM Khan wrote that Pakistan is rooting for peace in the region which will play a part in the development of the subcontinent.