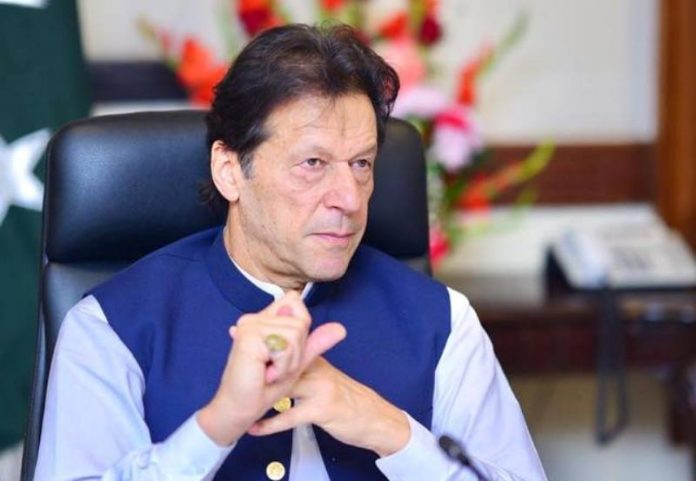 ISLAMABAD: Prime Minister Imran Khan taking notice of the reports about an uncontrolled surge in prices of flour, has ordered a nation-wide crackdown on hoarder and profiteers to curb the flour crisis.
He directed the concerned officials to effective steps in order to stabilize the prices of flour. He ordered to take strict and in-discrimination actions against profiteers.
PM Imran emphasized on arresting and selling the warehouse of elements involved in illegal hike of the wheat flour’s prices.
Meanwhile, Pakistan Muslim League-Nawaz (PML-N) president Shehbaz Sharif slammed the rise in prices of flour across the country.
“Aata crisis and massive price hike is yet another reminder of sheer callousness that is hallmark of the PTI government. People’s lives are being made miserable by the day with government’s apathetic attitude!,” the PML-N leader expressed.
The opposition leader had urged the incumbent government to reveal the truth on shortage of the basic food commodity in Pakistan.
Shehbaz Sharif had said that it was the right of the people to know what happened to wheat stocks of the country. He went on to say that the premier should take strong action against elements involved in creating the conundrum and resolve the matter on an immediate basis.
On Jan 18, the prices of flour across the country soared to Rs70 following a surge of Rs6 per kg.
According to details, the flour’s prices has surged by Rs6 per kg and a bag of 1kg flour will be sold at Rs70. This has been witnessed for the second time in the past couple of weeks. The prices has been hiked by Rs2o in PTI’s government period.
Naanbai Association has also announced a hike owing to the increasing prices of the flour.
PM Imran took notice of the matter and designated Jahangir Tareen and Minister for National Food Security and Research Khusro Bakhtiar to look for an immediate resolution over the inflation-related crisis.
Both politicians have been directed to seek solution to ensure the decrease in the prices of flour.
The premier has tasked Tareen and Bakhtiyar to seek counsel from the Chief Minister of Punjab and Khyber Pakhtunkhwa and come up with worthwhile results to the issue.
The federal government is mulling releasing 1 lac ton of wheat from the quota of Pakistan Agricultural Storage and Services Corporation (PASSCO).
Flour delivery from Punjab has been closed for five days as crisis starts erupting in Khyber Pakhtunkhwa (KP), Dunya News reported on Saturday.
According to details, flour stock in Peshawar has left for only two days and price of 20 kg flour bag has increased by Rs 100 in one week whereas the rate of 85 kg sack has surged by Rs 400-500.
The dealers have told that delivery from Punjab has been halted completely. People have complained that it was already difficult to make ends meet and the new crisis has increased more miseries.
On the other hand, KP Minister for Information Shaukat Yousafzai once again urged people to not eat fine flour. He said doctors warn that fine flour can become a cause of cancer whereas local whole-wheat flour saves from stomach diseases.
The minister also questioned that why the nanbais prefer fine flour of Punjab instead of Khyber Pakhtunkhwa. KP is giving subsidy on fine flour while Punjab’s fine flour is expensive, he said.