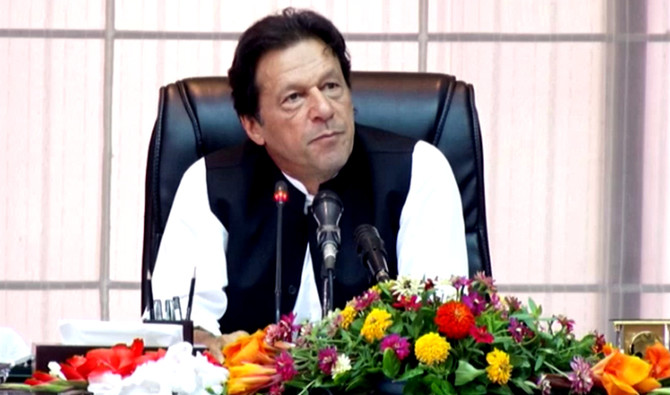 ISLAMABAD: Prime Minister Imran Khan was presented a report on Sunday pertaining to the worsening state of drought stricken Tharparker where malnutrition has claimed lives of a number of children.
Through a comprehensive report, PM Khan was apprised of the terrible circumstances inside the Sindh’s district.
Premier Khan expressed his serious concerns over the matter and directed relevant authorities to prepare a relief package for the famine-ridden population of Thar.
Earlier today, two more children succumbed to malnutrition in Mithi’s Civil Hospital, taking the toll of deaths up to 31 in this month, and 531 for the year so far.
Sindh Chief Minister Syed Murad Ali Shah on October 19 directed the health department to set up medical camps in every district so as to deal with with the health issues as a result of drought-like situation in Tharparkar.
While presiding over a high level-meeting, Murad Ali Shah asked health department to seek assistance of medical universities in providing medical facilities to the people of Thar.
Murad Ali Shah directed the health department to implement mother health programme in its true letter and spirit. He directed Chief Secretary Syed Mumtaz Shah and Education Minister Syed Sardar Shah to review the Drought Mitigation Act and give a detailed presentation to him so that it could be implemented with necessary improvements.
The chief minister said that Social Welfare department is launching cash transfer progarmme for pregnant and lactating women. Under the programme, 2300 women would be given conditional cash of Rs1500 for 13 visits to health facilities and Rs4000 on the time of delivery to each woman.
He also directed the health department to establish a health Information Management System not only for Thar but for while Sindh.