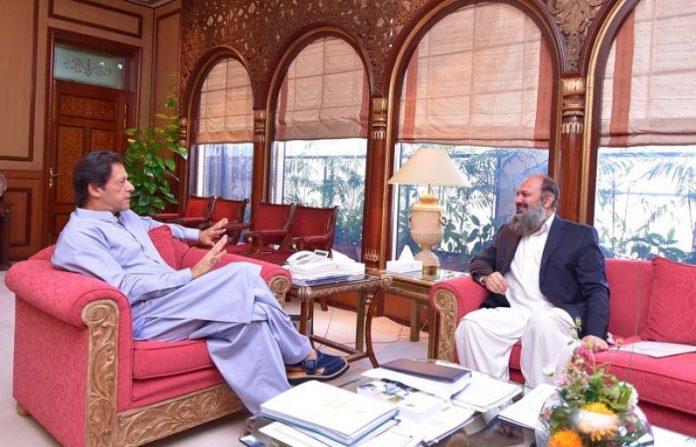 QUETTA: Prime Minister Imran Khan Saturday said the federal government was committed to the progress and prosperity of Balochistan and the welfare of its people.
He said for this purpose all the resources would be fully utilized in consultation with all the stakeholders.
The prime minister expressed these views during his meetings with Governor Balochistan justice retired Amanullah Khan and Chief Minister Jam Kamal, PM office media wing in a press release said.
During meetings, overall situation of the province especially the development and public welfare projects was discussed.