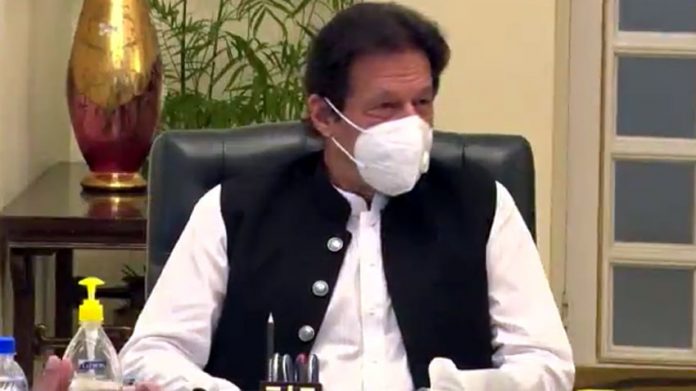 ISLAMABAD: A high-level meeting, chaired by Prime Minister Imran Khan in Islamabad on Monday, reviewed development projects in merged tribal districts of Khyber Pakhtunkhwa.
Briefing about the meeting, Information Minister Senator Shibli Faraz said the Prime Minister underscored that the people of the tribal districts are very dear to him and he wants early implementation of the development projects there.
Shibli Faraz said the federal government has released its share of funds decided in the agreement of 2018. He said a committee has been formed under the chairmanship of the Advisor on Finance to coordinate with the provinces and ensure the availability of funds.
The Minister expressed hope that all these development projects in the merged districts will begin in the next financial year.
The meeting was attended by Minister for Planning Asad Umar, Information Minister Senator Shibli Faraz, Adviser on Finance Dr. Abdul Hafeez Sheikh, Special Assistant Dr. Shahbaz Gil, and senior officials. KP Chief Minister Mahmood Khan, KP Finance Minister Taimur Saleem Jhagra, and Punjab Finance Minister Hashim Jawan Bakht attended the meeting through video link.