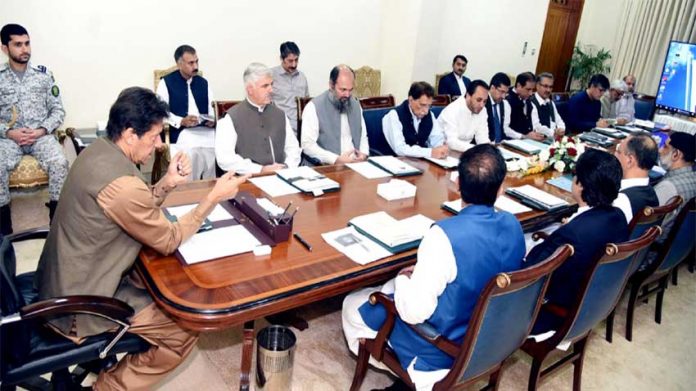 ISLAMABAD: Prime Minister Imran Khan has directed the Climate Change Ministry to finalize electric vehicle policy in the next two weeks and present it before the cabinet for approval.
He gave the directions during a high level meeting on Climate Change in Islamabad today (Friday).
The Prime Minister was informed that the main reason of environmental pollution in Punjab province is the smoke emitted by the vehicles.
Therefore, it is important to promote electric vehicles in the country. This will not only help cut oil imports but also address environmental issues.
The Prime Minister was also informed about the steps taken to combat smog in Punjab province.
The Prime Minister was also informed about the impact of climate change in Gilgit Baltistan and Azad Kashmir.
The Prime Minister also directed coordination amongst the federal and provincial institutions to respond effectively to any flood like situation in the summer season.
The meeting was informed that ban will be imposed on the use of plastic bags in the federal capital territory from 14th August this year. Rules and regulations to this effect have already been framed.
Progress made so far on the ten billion tree plantation campaign was also discussed in the meeting.