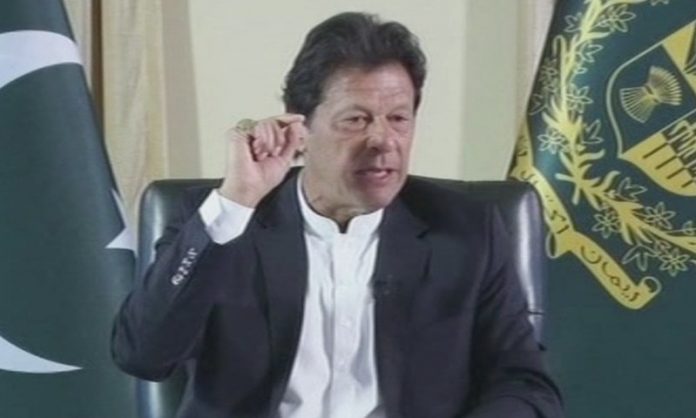 ISLAMABAD: Prime Minister Imran Khan has ruled out any prospects for resumption of dialogue with India led by the racist and fascist Bharatiya Janata Party.
In an interview with Al-Jazeera TV, he said there is no question of talking to Indian government right now after it revoked Article 370 of its constitution and annexed Kashmir illegally against the UN Security Council resolutions.
The Prime Minister said India not only unilaterally violated the international laws but also its own laws.
He said the UN resolution calls for plebiscite in the Occupied Kashmir so that Kashmiris could determine their own fate.
Imran Khan said about eight million Muslims in Occupied Kashmir have been under siege for almost six weeks now. He said the developments have made the region a flash point as India can do anything like it did after the Pulwama attack to divert world’s attention from its illegal annexation of Occupied Kashmir and genocide of Kashmiri Muslims.
To a question, Prime Minister Imran Khan said he is pacifist and anti-war but would like to caution that if a conventional war breaks out between two nuclear armed countries, there was every possibility that it could end up into a nuclear conflict which was unthinkable.