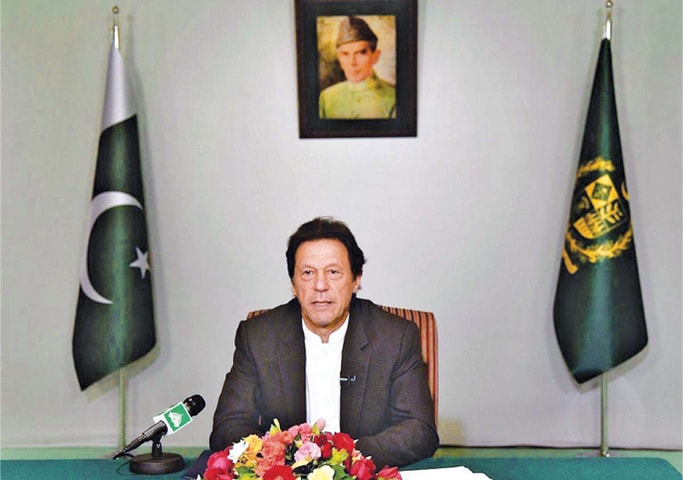 ISLAMABAD: Prime Minister Imran Khan will address the nation on August 18 and would brief about the objectives successfully achieved in the first year of the ruling Pakistan Tehreek-e-Insaf’s (PTI) tenure of the government.
The premier has directed all ministries and divisions to submit their respective performance report before August 18.
The prime minister has instructed the ministries and divisions to highlight five big achievements during the Pakistan Tehreek-e-Insaf government’s first year in power by August 9.
The report from each of the department would highlight five big achievements in the first year of the government till August 9.