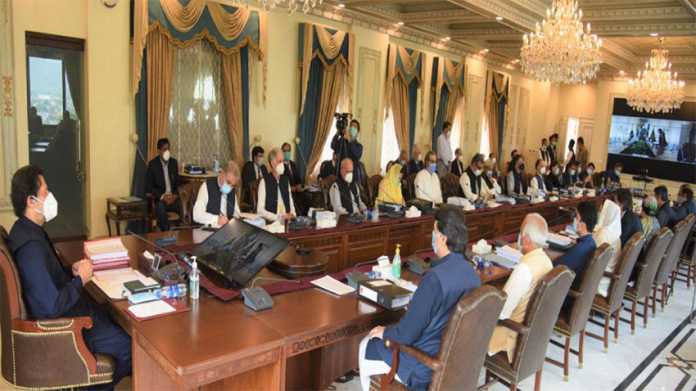 ISLAMABAD: Prime Minister Imran Khan has summoned a Cabinet meeting on Tuesday to discuss the prevailing political and economic situation of the country.
The nine-point agenda of the Cabinet meeting was released Monday in which it was stated that the coronavirus and Kashmir issues will come up for discussion during the session, which will be held at 12pm.
The Cabinet meeting will approve the Economic Coordination Committee’s decisions take on July 16. Agenda items of five ministries and divisions will be presented for approval as well during the meeting.
The agenda also includes amendments to be made to the Companies Act 2017 and partnerships with limited liability act related to the Financial Action Task Force (FATF).
Amendment to the Anti-Terrorism Act 1997 and the Narcotics Substance Act have been included in the agenda for the meeting as well.
The Cabinet will be briefed on the National Institute of Heath Reorganisation Act 2020 and approve the National Health Emergency Response Act 2020.