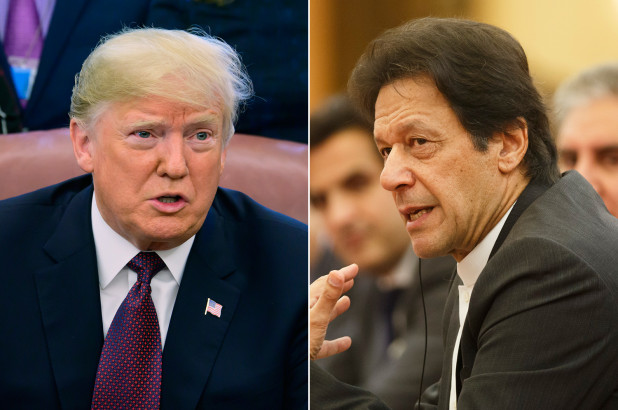 ISLAMABAD: Foreign Office has confirmed that Prime Minister Imran Khan will hold a meeting with the US President Donald Trump on the 22nd of this month in Washington.
At his weekly news briefing in Islamabad on Thursday, Foreign Office Spokesperson Dr Muhammad Faisal said the Prime Minister is visiting Washington at the invitation of the US President.
He said the agenda of the meeting is being developed through diplomatic channels. He said the focus will be to refresh the bilateral relationship.
When asked about the declaration of Balochistan Liberation Army as a terrorist outfit by the United States, the spokesperson said this is acknowledgement of Pakistan’s stance on the outfit.
The spokesperson said that Pakistan has confirmed 14th of this month to India for a meeting on Kartarpur Corridor.
Condemning Indian atrocities in occupied Kashmir, Dr Muhammad Faisal said only solution of the lingering dispute lies in the will of Kashmir people and in the implementation of UN Security Council resolutions.
About the blast along the line of control, the spokesperson condemned the act saying it seems India is behind it.
To a question, the spokesperson said underworld don Dawood Ibrahim is not in Pakistan.
Responding to a question, Dr Muhammad Faisal said Pakistan has played a pivotal role in facilitating and taking forward the Afghan peace process.
The spokesperson said both Pakistan and Afghanistan attach high importance to enhancement of their bilateral trade relations.