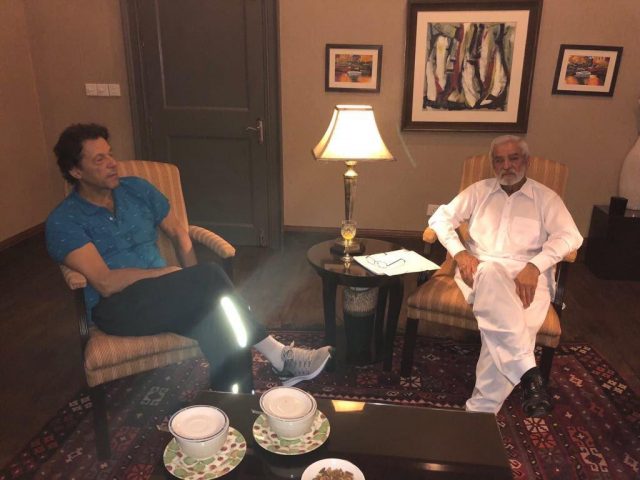 ISLAMABAD: Members of the Pakistan cricket team selected to play the World Cup 2019 was due to meet Prime Minister Imran Khan today.
The team would be accompanied by PCB chairman Ehsan Mani, Coach Mickey Arthur and Chief Selector Inzima-ul Haq.
Officials of the PCB Management would also take part in the meeting with Prime minister Imrna Khan.
The meeting comes a day after the PCB announced a 15-member squad for the upcoming World Cup 2019 to be played in England.
Imran Khan, a former flamboyant all-rounder, was the only Pakistan cricket captain who led green-shirts to their first World Cup victory in 1992.
The PCB omitted fast-bowler Mohamad Amir from the World Cup squad, linking his inclusion to his performance in the upcoming series against England.