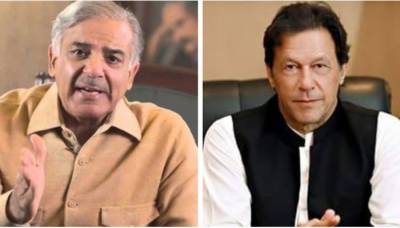 ISLAMABAD: Prime Minister Imran Khan on Friday wrote a letter to Leader of Opposition in National Assembly and Pakistan Muslim League-Nawaz (PML-N) president Shehbaz Sharif and proposed three names for the post of Chief Election Commissioner (CEC).
The three names that were sent by PM Imran Khan to opposition leader Shahbaz Sharif includes there former federal secretaries Jamil Ahmed, Fazal Abbas Maken and Sikander Sultan Raja.
Sources said that the prime minister wrote this letter to the opposition leader on January 15.
PML-N senior leader Khawaja Asif sent PM Imran Khan’s letter to the party president in London.
Imran Khan stated in the letter that he was writing to Shehbaz so that “meaningful negotiations” could be held on the appointment of the new commissioner.
The prime minister stated that he had written to Shehbaz so that the pending issue of appointment of a new CEC could be resolved.