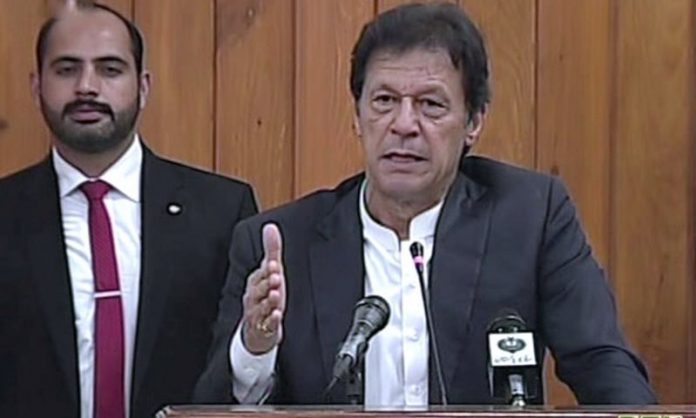 ISLAMABAD: Prime Minister (PM) Imran Khan on Sunday laid the foundation stone of a housing project in Quetta under Naya Pakistan Housing Programme (NPHP).
Balochistan Governor Amanullah Khan Yasinzai, Chief Minister (CM) Jam Kamal and other senior officials received the premier at the airport.
The CM at a ceremony thanked the premier for his visit to the province. The participants of the ceremony observed a minute of silence for the victims of the last week blast.
Later, PM Khan will also preside over important meetings scheduled to analyse peace and security situation in the province, and other development projects.
Strict security measures have been implemented in preparation for the prime minister’s arrival, with security personnel deployed at Quetta’s Zarghoon Road, Airport Road and other areas. Main areas of the city are also being cleaned as part of the preparations for the PM’s visit.
The Naya Pakistan Housing Scheme projects will be inaugurated at the Balochistan University of Information Technology, Engineering and Management Sciences (BUITEMS).
In the first phase of the project, thousands of houses are to be built in Quetta for employees of the provincial and federal governments, and fishermen of Gwadar.
Balochistan CM Jam Kamal considered the Naya Pakistan Housing Scheme “an important milestone for the people of Balochistan.”
Yesterday, he chaired a high-level meeting to review the progress of the project in Quetta.
During the meeting, Pakistan Housing Authority Foundation Director General Waseem Hayat Bajwa briefed members and apprised them that the construction of low cost residential apartments under the project would be completed in various phases.
He said that the residential apartments will be constructed in Kuchlak and Wahdat Colony areas of Quetta while several apartments will also be constructed in Gwadar and Ormara for fishermen and government employees.