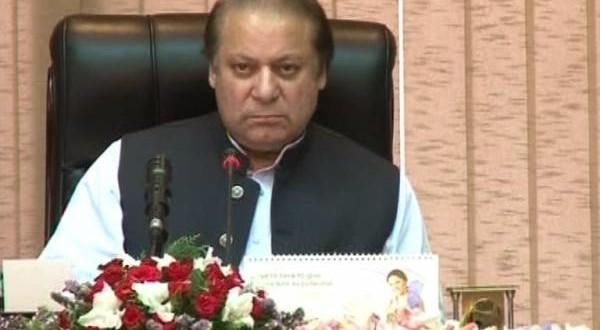 QUETTA: Prime Minister Nawaz Sharif on Tuesday arrived in Quetta and presided over a high level meeting at Governor House of Balochistan to discuss prevailing law and order situation of the province.
PM was briefed over the deadly Mastung incident in which at least 22 people were killed.
"Mastung incident was unfortunate and enemies want to destabilize Pakistan with their dirty tactics," PM said in the meeting. He further said that the enemies of Pakistan are unable to digest the success of Pakistan.
The meeting was attended by Army Chief Gen. Raheel Sharif, Governor Muhammad Khan Achakzai, Chief Minister Abdul Malik Baloch, Commander Southern Command Gen. Nasir Khan Janjua, IG Frontier Constabulary, IG Police, DIG Quetta, Provincial Home Minister Sarfaraz Bugti, senior minister Nawab Sanaullah Zehri and others.
The PM will also chair All Parties Conference today to mull over action against terrorists following Mastung attack.