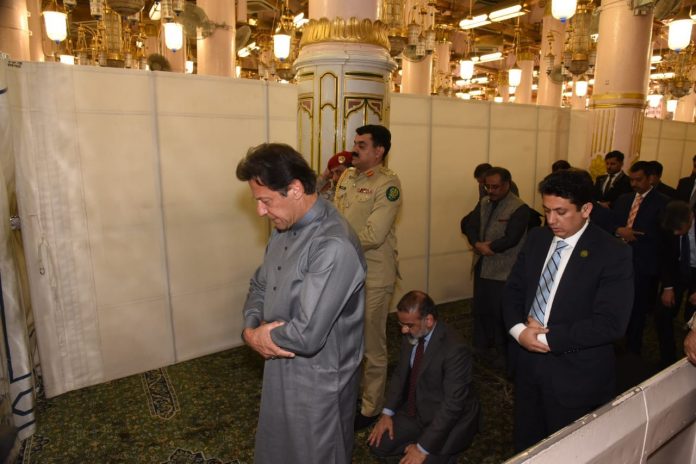 MADINA: Prime Minister Imran Khan visited Roza-e-Rasool (SAW) in Madina Munawwara and offered Nawafil there as first leg of his one-day visit to Saudi Arabia.
Upon arrival, he was received by Deputy Governor of Madina and Consul General of Pakistan in Jeddah Khalid Majeed.
Officials of Saudi protocol and officers of Pakistan Consulate were also present.
Foreign Secretary Sohail Mahmood is also part of Prime Minister’s entourage.
The Prime Minister will now leave for Riyadh for his official engagements.