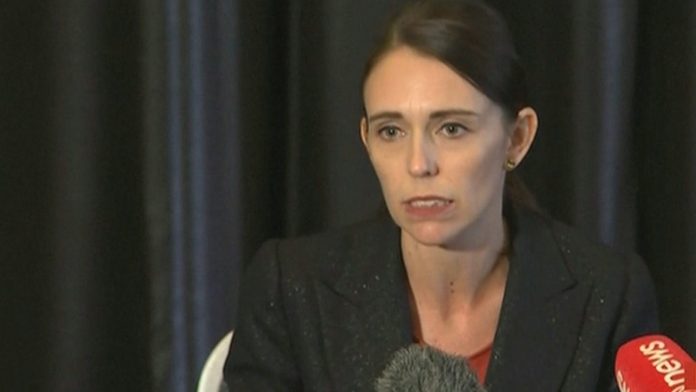 CHRISTCHURCH: A solemn New Zealand Prime Minister Jacinda Ardern said Friday the deadly mosque shootings in Christchurch had plunged the country into one of its “darkest days”.
“Clearly, what has happened here is an extraordinary and unprecedented act of violence,” Ardern said in an address to a shocked nation.
A gunman opened fire inside the Masjid al Noor mosque during afternoon prayers, causing multiple fatalities.
“Many of those who will have been directly affected by this shooting may be migrants to New Zealand, they may even be refugees here,” Ardern said.
“They have chosen to make New Zealand their home, and it is their home. They are us. The person who has perpetuated this violence against us is not.”
“They should have been in a safe environment,” she said.
One person is in custody, but police said it was not yet clear if there were other people involved.
“There is no place in New Zealand for such acts of extreme and unprecedented violence,” Ardern added.
“For now, my thoughts, and I´m sure the thoughts of all New Zealanders, are with those who have been affected, and also with their families.”
Her comments were echoed by the leader of the opposition Simon Bridges.
“We stand with and support the New Zealand Islamic community,” he said.
“No one in this country should live in fear, no matter their race or religion, their politics or their beliefs.”
Australian Prime Minister Scott Morrison was among the foreign leaders who expressed their concern.
“I´m horrified by the reports I´m following of the serious shooting in Christchurch, New Zealand,” he said.
“The situation is still unfolding but our thoughts and prayers are with our Kiwi cousins.”