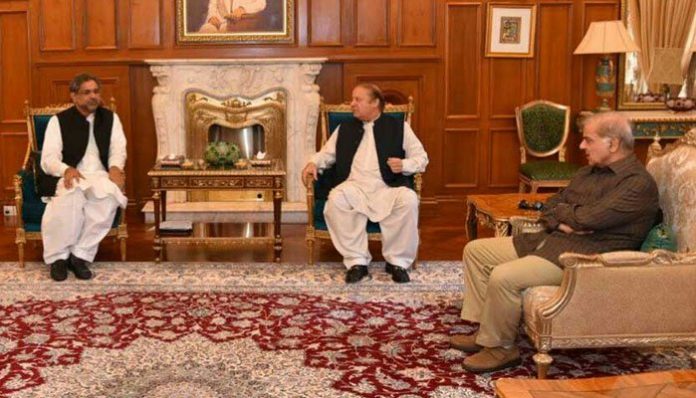 LAHORE: Prime Minister (PM) Shahid Khaqan Abbasi and Pakistan Muslim League-Nawaz (PML-N) President Shehbaz Sharif called on former prime minister Nawaz Sharif at his Jati Umra residence in Lahore.
According to media reports, name of the caretaker prime minister has been finalized in the meeting while the political situation of the country was also discussed in the huddle.
The reports said that the three leaders of PML-N also took stock of National Accountability Bureau’s (NAB) cases against PML-N’s supreme leader Nawaz Sharif.
Hamza Shehbaz, Pervez Rasheed and other party leaders also participated in the meeting.