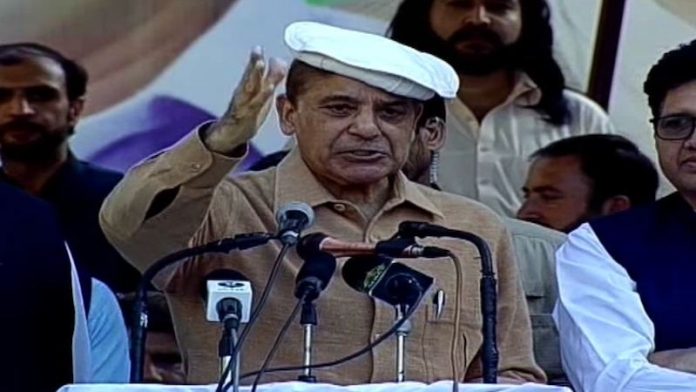 SHANGLA— Prime Minister Shehbaz Sharif has announced a medical college for Shangla during his maiden visit to Khyber Pakhtunkhwa (KP) after assuming office.

The prime minister said he had wanted to “do more” for the people of KP but couldn’t as the state treasure have been left null by the previous government. He was addressing a public gathering on Saturday at Besham as part of the Pakistan Muslim League-Nawaz’s (PML-N) mass contact campaign.

He assured that the coalition government would work ceaselessly to transform KP into a developed province and provide all the basic facilities which had been taken out of the reach of the poor people by the “incompetence and corruption” of Pakistan Tehreek-e-Insaf (PTI) government.

PM Shehbaz lambasted the former PTI-led government for making fake promises to people and adding difficulties to their miseries. “The inflation had reached a historic peak in the last four years with huge debt hovering around Rs24,000 billion,” he added.

“Due to their corruption and incompetency, the previous rulers even did not put a single brick to the stalled projects, the BRT was delayed causing billion of rupees’ losses,” he said, adding the former rulers only unveiled plaques of the projects launched by the PML-N government.

He promised another visit to KP once these development projects will start.

Earlier in the day, PM’s aide Engineer Amir Muqam, who also hails from the area, said the people of Shangla are looking forward to seeing their prime minister who has earned a repute of a hardworking politician.