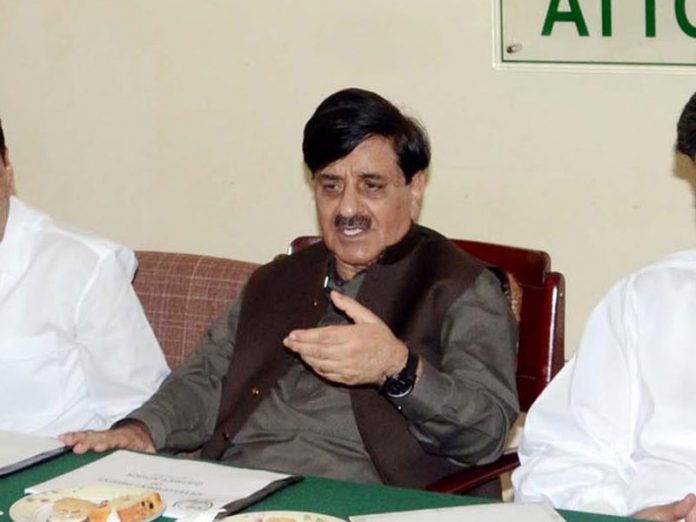 ATTOCK: Pakistan Muslim League-Nawaz’s (PML-N) leader Sheikh Aftab has remained unhurt in an assassination attempt late Monday night.
According to media reports, Aftab was on his way home after electioneering Kamra, when unknown assailants opened fire on his vehicle in Attock.
Aftab’s security was withdrawn a week ago.
Meanwhile, the police have launched investigations and said that they have discovered three holes in Afzal’s car, which were caused by bullets fired at him.
They added that at the time of attack, Afzal and his son were sitting inside the car.