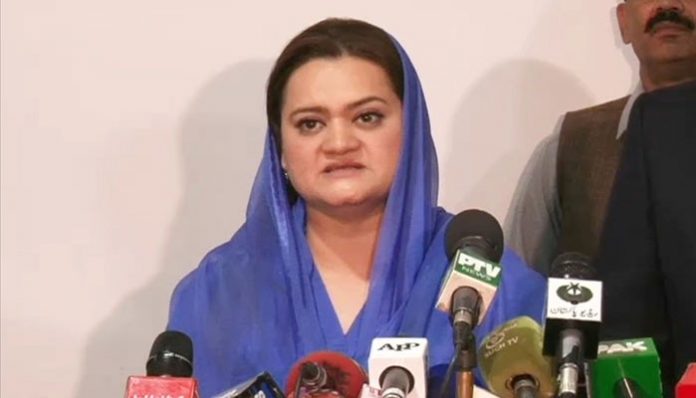 LAHORE: Pakistan Muslim League-N spokesperson Marriyum Aurangzeb Monday said a large number of party leaders and workers would receive former prime minister Muhammad Nawaz Sharif and his daughter Maryam Nawaz
on their arrival from London on Friday.
Taking to media persons here at the PML-N Secretariat, she said the workers would show solidarity with Nawaz Sharif and Maryam, who had been convicted by an accountability court.
Calling upon the PML-N workers to remain peaceful and calm, Marriyum said the aircraft carrying Nawaz Sharif would land at the Lahore airport at 6.15 pm.
She said PML-N President Muhammad Shehbaz Sharif had also asked the workers to remain peaceful so that the political opponnents could not find an excuse to run away from the election on July 25.
The PML-N spokesperson said Nawaz Sharif was returning to Pakistan to fulfill his pledge with the people that he would stand by them through thick and thin. Nawaz had preferred the national interest to his personal matters, she claimed.
She said Nawaz Sharif decided to return to the country despite knowing the fact he would be arrested. He had made Pakistan an atomic power, strengthened the infrastructure and launched CPEC to bolster the economy when the country was faced with economic challenges, she claimed.
She claimed that Nawaz Sharif had waged a struggle to strengthen democracy in the country and ensure sanctity of the vote.
She condemned the hooliganism allegedly by the PTI workers outside Nawaz Shairf’s Avenfield residence in London the other day.
The PML-N spokesperson said that anti-rigging cell had been set up at the PML-N secretariat in Lahore so that the PML-N candidates could report any kind of election rigging or highhandedness.
She said free, fair and transparent elections were the responsibility of the Election Commission of Pakaistan (ECP) and the caretaker government.
About attack on Nawaz’s London residence, she said it was a planted mindset, and alleged that the PTI was doing the politics of hatred.